Meja is a small village in Kosovo, near the town of Gjakova. On April 27, 1999, Serbian police and Yugoslav Army forces executed 372 Kosovo Albanian civilians as an act of retaliation for the killing of six Serbian policemen by the Kosovo Liberation Army (KLA). Men were pulled from refugee convoys at a checkpoint in Meja, as their families were ordered to proceed to Albania. Men and boys were separated, and then executed by the road. The massacre is considered to have been the largest of the Kosovo War.

Each year on April 27th, citizens of Kosovo gather to honor those lost in the Meja Massacre. 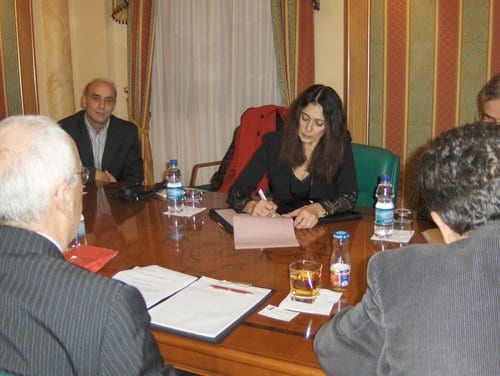 In 2007, Jane met with Kosovo citizens affected by the Kosovo War. They each expressed a common need for a day of remembrance honoring lost loved ones.

We collaborated with the United Nations Interim Administration Mission in Kosovo (UNMIK) to establish the National Missing Persons Day to be held annually on April 27th, in remembrance of missing persons from the Kosovo war.

Jane has been invited back many times to be a featured speaker for National Missing Persons Day.

We assisted Kosovar and European Union forensic specialists in locating, and excavating mass graves of Albanians from the Kosovo War in Rashka, Serbia, 2013. 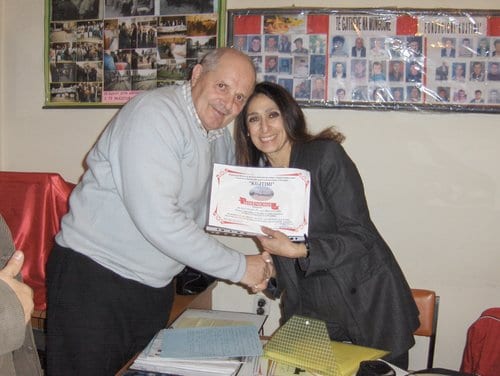 Outside the Parliament Building in Priština’s city center, photos of missing, male civilians are posted on a fence.

The Kosovo War ended in 18 year ago, in 1999. An estimated 1,660 people remain missing.  We continue advocacy for the families of the missing in the region as new information surfaces to this day. 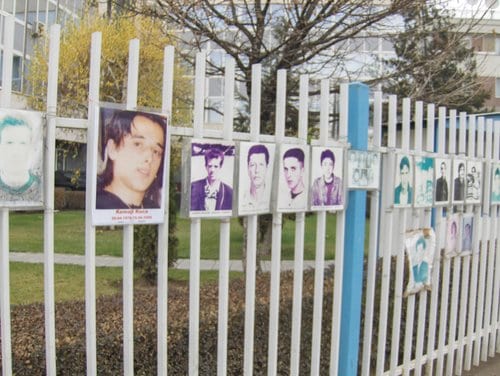