Note: Because we at IFFAMPAC have an active interest in the fate of Raoul Wallenberg, we are including the news release below as an informational service for our readers. No endorsement of any government, organization, political cause, or point of view is implied. We assume no responsibility for any errors or omissions.

As the world celebrates the 60th anniversary of the end of World War II, we draw renewed attention to the most protracted missing person case of the Cold War: The fate of Swedish diplomat Raoul Wallenberg, who was arrested in Hungary and taken to the Soviet Union in 1945, remains unknown.
After a ten-year study, the Swedish-Russian Working Group in 2001 presented the findings of its official investigation into the Wallenberg case. In addition, we, as independent consultants to the Working Group, issued our own research reports that summarized our findings in greater detail.
Our work has focused on reconstructing Raoul Wallenberg’s path through captivity from a wide variety of records. Through our research a number of concrete questions and precise leads have been developed, which, if answered, would almost certainly provide incisive clues about his disappearance in Soviet captivity.
The Swedish and Russian governments have repeatedly declared their commitment to clarifying Raoul Wallenberg’s fate. However, severely limited access to pertinent Russian archival materials and Sweden’s failure to forcefully insist on clarification persist as the main obstacles to uncovering Wallenberg’s fate.
The Russian government has repeatedly claimed that it has no further documents or information that would shed light on Raoul Wallenberg’s fate. Yet, in 2003 the Eliasson Commission in Sweden forcefully challenged this claim and stopped just short of accusing the Russian government of stonewalling. We concur with this assessment.
The report of the Swedish Working Group in 2001 presented to the Russian government a number of urgent questions, based in large part on our findings as independent consultants. Four years later, we are still waiting for the answers. If the Russian government is truly committed to clarifying Raoul Wallenberg’s fate beyond a reasonable doubt, the minimum legal requirement in any court of law, the following issues need to be addressed without delay: 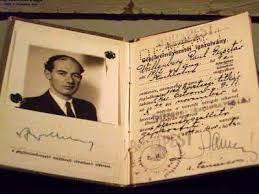 Tags: Families of the Missing, IFFAMPAC, victims of war